Revel Systems POS provides a single solution for iPad sales which is aimed at multi-location businesses. Revel has been designed to integrate with a wide range of businesses. Though it offers a complete POS solution, the application’s features extend beyond point-of-sale to include customer relationship management, inventory management, automated ordering, and more. Revel Systems POS integrates with many popular third-party business apps, allowing users to work it into accounting and reporting routines.

The application provides customer relationship management (CRM) that stores customer data, including purchase history, preferences, and more. Revel Systems POS also offers hardware support, including a card reader that works through the 30 pin connector which also allows for charging the iPad. The application supports other POS-related hardware devices, including printers.

? Remain always-on, even during Internet downtime and power outages.

? View and export a variety of POS reports. 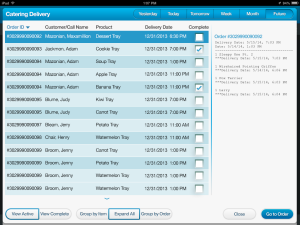 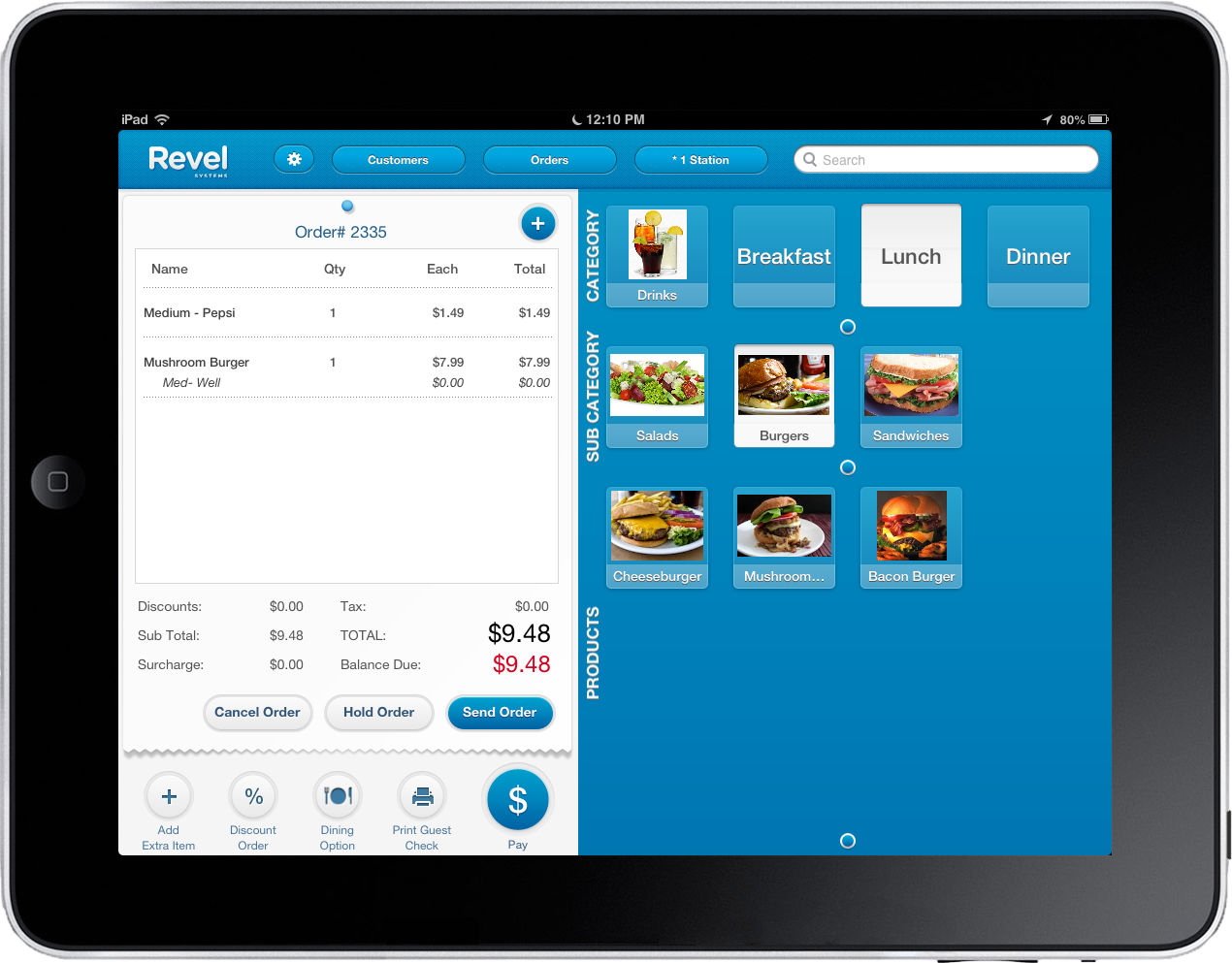 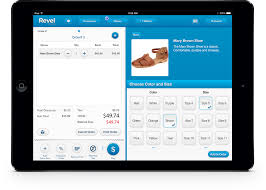 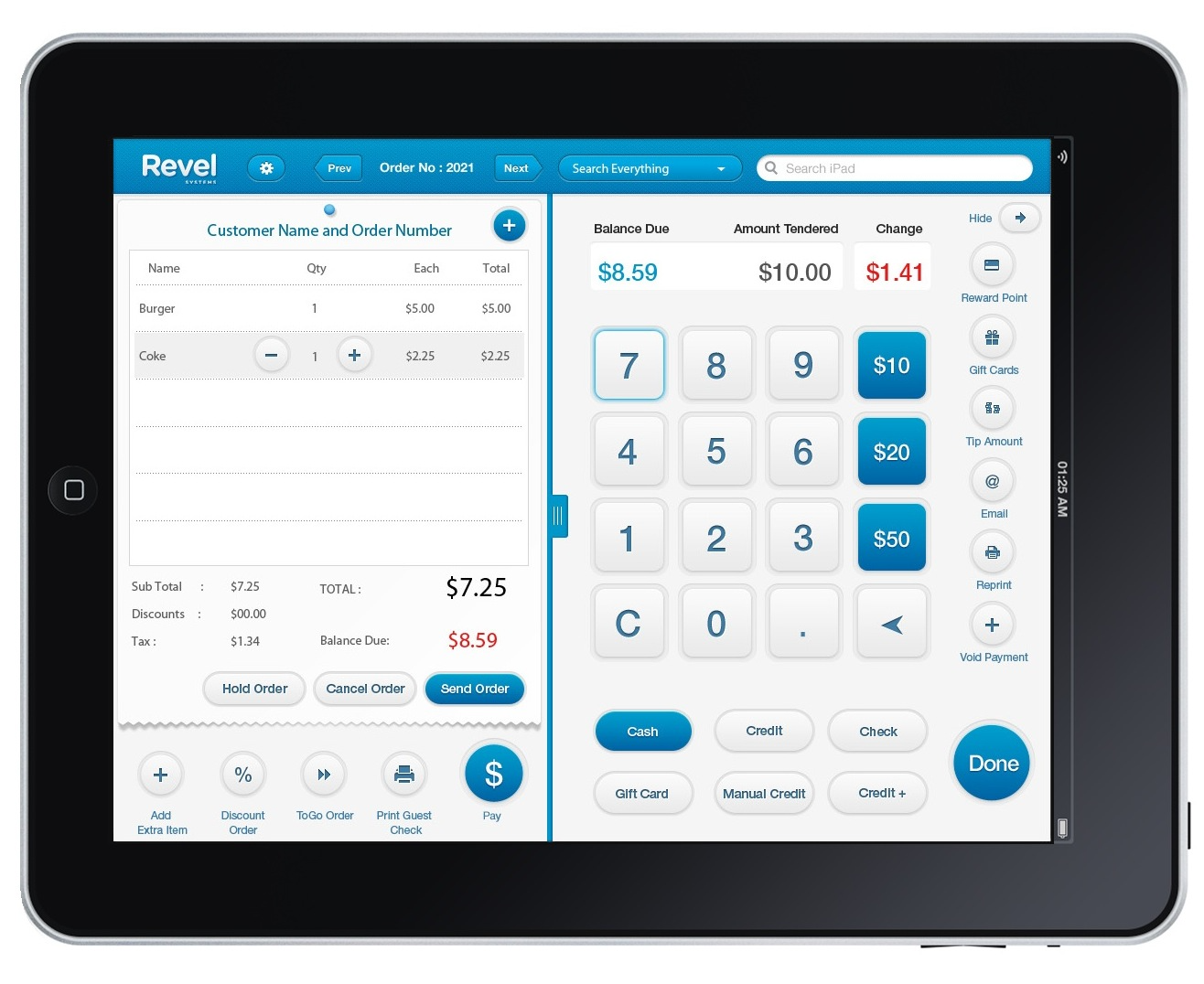 4,0
#2 alternativa ao Revel Systems
TouchBistro’s iPad POS system is designed for and by restaurant service staff to meet the specific needs of the...
Saiba mais Comparar

It's easy to learn and accessible. Having it on an Ipad means that it's large enough to know what button is being pressed, and to move things around if need be. Having categories set up is great so we can keep track of how much change we need or how many people came in to visit the museum, that day.

It can get a little complicated especially with adding discounts to certain purchases which can be difficult for our older volunteers to get a hold of. But is really it, on the basic side of things, it works well and does the job efficiently.

Thanks so much for the feedback. We're delighted that Barker Mansion is making good use of its Revel POS!

If some of your volunteers are having a hard time adding discounts, you can have them visit the below Revel University page for video guides detailing how to complete a variety of discount-related actions within your Revel POS:
https://revelsystems.com/revel-university/categories/discounts-combos/

I hope this helps! Please reach out to us if you have any questions.

Despite the technical issues, our experience with Revel has been great due to its user-friendliness...

Despite the technical issues, our experience with Revel has been great due to its user-friendliness and extensive functionality.

Revel has a lot of features that allow us to easily keep track of our visitor numbers and inventory. The system is very easy for our staff to use and it requires very little training.

We have run into numerous technical issues with Revel and their customer service has not been very helpful when resolving some issues.

Only good if your needs are very Basic

Overall Revel is a total letdown and will be replaced by year end with a better system, lots of...

Overall Revel is a total letdown and will be replaced by year end with a better system, lots of things we were promised could be done require using their "Open API" which costs more per month than the entire POS system does for 5 stations. We were not told about the API pricing upfront (or that there was even a cost at all, it was pitched like it was included in the regular fee) just that we could use the API to do everything we told them we needed to do, my project manager informed me of the API pricing during our implementation, when I called out the sales rep for never mentioning the additional cost despite repeated conversations about how critical this was she told me "its not my job to tell you the pricing for the API since that's not my department"

They made a systems change to batch process updates to the POS instead of in realtime, we have a custom app that we use for check ins when a customer comes into the store and it adds customers to the revel system so we can link them to a sale and track close rate etc. They used to sync in real time from the dashboard to the stations, after a recent update it takes anywhere from 30-60 minutes for the customers to pull down from the revel dashboard. I have verified they show up on the dashboard instantly as they should, there is just a major delay in syncing back to the iPads now that was not there before the update.

Reporting is very weak in certain areas, you can't view profit by anything other than employee which is worthless if you don't have pay rates loaded which we don't since we aren't using that aspect of the system.

When we receive inventory in the store, we upload it into the revel dashboard via their excel template this works about 75% of the time, the rest of the time it just silently fails, you will never receive any notice that it failed, where it failed etc. So now before I do any uploads, I do an export of what we have immediately before so when it fails I can compare to the inventory after the partial upload to figure out where the import stopped so I can import the rest.

I could keep going but bottom line is if your needs are more than barebones or you are not a restaurant you should look elsewhere for a much better solution.

Overall they have a nice POS interface and it is pretty stable. Their pricing is also pretty good for the base system.

Functions are hard to find
Very much geared towards restaurants, so if you are in another business be prepared to see restaurant specific stuff all over you can't turn off
Material changes to the way things work with zero notice
Can only see profit margin by employee no P&L type report.
Inventory uploads regularly fail with no notice, and no way to tell what was added without doing a manual compare of before and after and trying again with the additional items.

I am truly sorry about your experience and I have shared your feedback with our sales management team, as well as the customer service team.

I am confident that once we get we get a bit more info from you, we will be able to come to a resolution in terms of API and reporting. Our customer service team will be happy to follow up on any outstanding issues you have.

Lots of restaurants and retail stores I frequent use Revel. I would try Revel again if given the...

Lots of restaurants and retail stores I frequent use Revel. I would try Revel again if given the choice, but I would make sure to get my employees trained in troubleshooting themselves to avoid the potential of a customer service snafu.

I work for a small college bookstore that recently transitioned from an ancient, outdated POS system. We were all so excited about Revel. It's sleek, easy to use, and much simpler than many of its predecessors.

The biggest trouble we ran into is that Revel is hopelessly buggy, and I would sometimes be on the phone with customer service for an hour before getting my problem resolved. For a small business with only one cash register, this was often a nightmare.

Thanks very much for your feedback. We're sorry to hear that our system fell short of your expectations, but hope you give us another chance in the future. We're constantly working to improve the quality of our products and services.